The Centennial Park neighbourhood is located at the western edge of the City of Toronto. It is bordered on the east by Highway 427, to the north by Pearson International Airport and to the west by Centennial Park and the Etobicoke River Valley.

This neighbourhood is home to people from a wide range of cultural backgrounds and levels of income. It has many fine attributes including an abundance of parkland, a diverse housing stock, a local library, an excellent selection of public and separate schools and convenient access to shopping and transportation.

Eatonville houses east of Highway 427 were built in the late 1940's and the 1950's. These houses consist of detached bungalows, one-and-a-half-storey homes, and Cape Cod style two-storey houses. Many of the bungalows in this part of the neighbourhood are being torn down and replaced by custom designed new homes.

The houses west of Highway 427 were built in the 1960's and 1970's. This part of the neighbourhood contains a mix of brick bungalows, semi-detached houses, and large detached two-storey homes. Eatonville's main arterial streets including the West and East Malls and Burnhamthorpe Road contain a mix of rental and condominium high-rise apartments and townhouses.

The Centennial Park neighbourhood was one of the last areas where working farms operated within Toronto. In fact, it wasn't until 1968 when the Hirons farm was sold to developers that this area was completely urbanized.

Author Ester Heyes, in her book Etobicoke - from furrow to borough, remembers the Hirons farm. " Harold Hirons and his father before him had owned the 88 1/2 acre property fronting on Elmcrest Road at Rathburn Road from the days of the Furrow to a time well beyond the establishment of a Borough". When all around him the land had been turned into modern residential communities Harold Hirons continued to carry on a highly successful dairy farm, shipping milk to Toronto daily.

Heyes then quotes Mrs. Hirons as saying that "we felt sorry for our new neighbours who could not go out and gather their own strawberries, and the fruit from their own orchards, fresh picked vegetables from their kitchen gardens and eggs warm from the nest". Certainly this was the end of a simpler way of life.

In 1967, the former Borough of Etobicoke created Centennial Park as a centennial project to celebrate Canada's one hundredth birthday. It is this landmark park after which this neighbourhood is named.

Motorists enjoy convenient access to Highway 427 from the Eglinton, Rathburn, and Burnhamthorpe on-ramps. This highway provides connecting routes to Toronto's network of commuter highways. The Pearson International Airport on-ramps are also located off of Highway 427, just a few minutes from this neighbourhood.

Centennial Park is a regional park that includes 525 acres of recreational facilities. This enormous park has indoor hockey arenas, ski hills, a public golf course, a Mini-Indy track, tennis courts, a 2200 seat stadium, playing fields, a pond with paddleboats, picnic sites and a greenhouse. Centennial Park is also the home of the Etobicoke Olympium, a multi-purpose recreational facility that is known for its aquatics, rhythmic gymnastics and aerobics programs. The Etobicoke Olympium also features its own fitness club and pro shop. 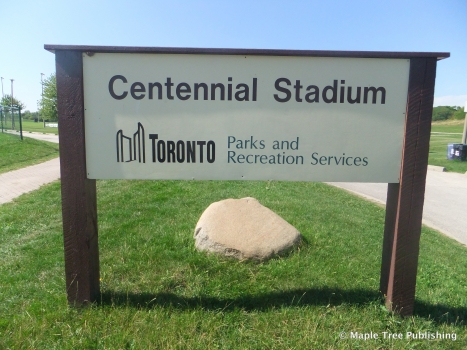 At a glance, Average Price of a home in Centennial Park is about $964,536. Mostly Detached Bungalows, 3 bedroom homes.