Lansing is conveniently located along the Yonge Street corridor near the former North York City Hall and the North York Civic Centre. Lansing is a surprisingly peaceful and quiet neighbourhood, considering it's central location. This neighbourhood is sheltered from outside traffic by its borders which include the Don River Valley, York Cemetery, and Beecroft Road. 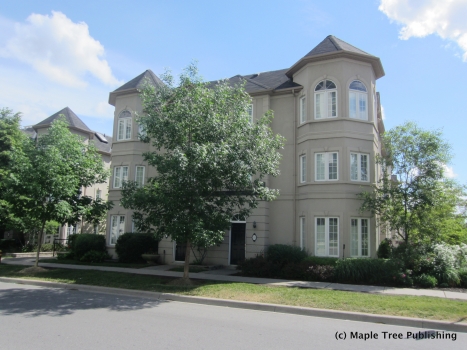 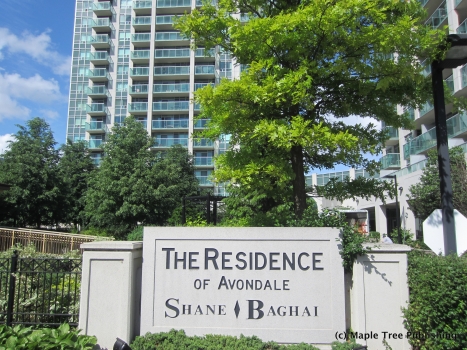 Lansing residents can walk to the Yonge and Sheppard retail district which is anchored by the recently renovated Sheppard Shopping Centre situated on the north-east corner of Yonge Street and Sheppard Avenue. The Willowdale Plaza is located directly south of the shopping centre and includes a large grocery store, a national sports chain store, and an assortment of smaller retailers. Street level shopping on Yonge Street and Sheppard Avenue provide Lansing residents with a good selection of restaurants, retail services and professional and medical offices.

The North York Civic Centre at Beecroft Drive is one of Toronto's finest sports and entertainment centres. This complex includes the massive North York Central Library, and the Douglas Snow Aquatic Centre which is recognized as one of Canada's top all-purpose aquatic facilities. Across the street from the civic centre on Beecroft Drive is the Willowdale Lawn Bowling Club.

Adjacent to the civic centre is Mel Lastman Square, a multi-faceted civic square that is equipped with a spacious amphitheatre, intimate wedding pavilion, a garden court and a reflecting pool which doubles as a skating rink in the wintertime. Mel Lastman Square is also the site of many ceremonies, festivals and annual events including the very popular North York Winter Carnival.

The Ford Centre for the Performing Arts located at 5040 Yonge Street includes the Art Gallery of North York, the George Weston Recital Hall and the Studio Theatre.

The very scenic Gwendolen Park has an active community tennis club, a baseball diamond and a children's playground. Earl Bales Park located south of Sheppard Avenue is the home of the North York Ski Centre which offers downhill skiing and snowboarding at reasonable rates from December to March.

When you think of Downsview in North York you might immediately think of Yorkdale Shopping Centre, the Allen Expressway and the former Canadian Forces base (CFB Toronto) that occupies a huge swath of land that extends from WilsonHeights to Keele Street and from Wilson Avenue to Sheppard Avenue West.

Now there is a new neighbourhood landmark: DownsviewPark. Situated on the former CFB Toronto land, DownsviewPark is Canada’s only national urban park. This mammoth park sits on 572 acres of green space conveniently located right in the middle of Toronto, making it accessible for all to enjoy.

Development of DownsviewPark began in 2006; it’s still a work in progress. It will continue to evolve over the next few decades, as the master plan calls for the creation of five new neighbourhoods with mixed use including residential, parkland, commercial, educational and institutional. This is one of the largest redevelopment projects ever initiated in the city of Toronto.

In respect for the land’s former use — the home of De Havilland Aircraft Company and later a Canadian Forces base — this development includes the historical preservation of the former Downsview Hangar, a collection of steel, glass and concrete structures that once stored WWII aircraft. The Hangar is now enjoying a new life as a 45,000 square metre multi-purpose recreational facility that includes indoor fields, beach volleyball courts and ball hockey arena, as well as a pro shop and a restaurant called The Hangar Grill.

In addition to all its permanent facilities DownsviewPark hosts events year-round. A fall fair, a three-on-three street hockey tournament, a spring Earth Day festival, Downsview Park’s Trail of Lights during the Christmas season, and Canada Day at Downsview Park are just a few of these annual events. With all of these great facilities and events DownsviewPark is sure to become one of Toronto’s most popular recreational destinations.