Neighborhoods
As a Torontonian, I am fortunate to have a livable and walk-able City, with lovely neighborhoods that are ideal place to live, work and play.  It's not a matter of finding the right community for you, it's picking the best of many.

Overview
Bedford Park, also known as Lawrence Park North was amalgamated with the former Town of North Toronto in 1890, which was then annexed by the city of Toronto in 1912.  Davisville Village, Eglinton Village and Bedford Park Village merged, but the old neighbourhood names still remain in common use to differentiate the various pockets.  Bedford Park is also known as Lawrence Park North, which includes the Teddington Park and Wanless Park neighborhoods.  Neighborhood definitions place Bedford Park within a still larger neighborhood, called Bedford Park-Northtown, which goes west to Bathurst Street, Highway 401 to the north, and Hillhurst Boulevard north of Eglinton Avenue to the south. This larger area covers Ledbury Park, which is facing a huge migration of young professionals to the area.  This is causing changes to the Real Estate of classic bungalows that once dominated the area to be replaced by new construction of detached houses, split level houses and larger new homes.

Bedford Park Community
The Bedford Park neighborhood is geared toward families with young children.  It has an excellent selection of public, private and separate schools, including the highly rated Bedford Park Public School on Ranleigh Avenue, and many parkettes and playgrounds.  The Bedford Park Community Centre is equipped with a gymnasium and indoor pool. Conveniently for one-car and 'green' families, the Lawrence subway station can be reached by foot by most Bedford Park residents, and the Yonge Street on-ramp to Highway 401 is only a five minute drive away.

History
Bedford Park began as a farming hamlet centred on the crossroads of Yonge Street and Lawrence Avenue.  This village was a popular stopover for farmers travelling to and from the markets in Toronto. The neighborhood was probably named after the Bedford Park Hotel, which opened in 1873 at the southwest corner of Yonge Street and Fairlawn Avenue.

The residential development of Bedford Park was linked to the Metropolitan Street Railway, which began service to this area in 1890.  To this day Bedford Park is commonly referred to as North Toronto.

Bedford Park was originally conceived as a middle class housing development at the northern tip of the City of Toronto.  Bedford Park has a good mix of detached and semi-detached homes, built in the half-century period between 1890 and 1940; however, many of the mid-sized bungalows in the neighborhood have recently been torn down and replaced with custom-designed houses.   The relocation of the Rosedale Golf Club in 1909 to the area northeast of Bedford Park brought about development of the more exclusive bordering neighborhoods of Lawrence Park and Teddington Park.

New condominium apartment buildings have recently been built on both sides of Yonge Street just a few blocks north of Lawrence Avenue. The original bungalows are now dwarfed by new custom built homes and multi-residential properties like the award winning Bedford Glen development on Sylvan Valley Way, a pretty collection of low-rise terraced condominium apartments and townhouses in a private ravine setting. Many of these homes are just steps away from the enormous range of shops and services on Yonge Street, making Bedford Park one of Toronto's top selling neighbourhoods, with average house prices in the $700,000 and up.

The transformation of the area is nearly complete, but one can still find a tiny bungalow for under $600,000, tear it down, and build a million dollar custom home

Another popular technique is to make extensive renovations to the larger existing homes.

Inside Bedford Park
The George Locke Public Library at the southeast corner of Yonge and Lawrence, offer year round programs for adults, children and preschoolers.

The proximity to the 401 and Lawrence subway station attract people to the neighbourhood who wish to be close to all the amenities, churches, doctors, restaurants, malls and grocery stores.  Bedford Park is a good place to raise a family.

Yonge Lawrence Village is a family oriented shopping district with a good cross-section of stores. The Avenue Road shopping district, north of Lawrence, has a diverse mix of shops and restaurants including national chain stores like the 24-hour Shoppers Drug Mart, home decorating stores, fast food restaurants, gift stores and gourmet food shops including Pusateri's Fine Foods. Fine restaurants are springing up in this area such as Mela The Fine Art of Indian Cuisine and many other interesting ethnic Restaurants to choose from and sample their Cuisine.

The Fairlawn Neighborhood Centre (FNC) is a unique venue offering a broad range of programming, from yoga to fitness to cooking, for all ages, at a low cost. The Centre has become a hub of the Bedford Park community.

Perfect for public transit commuters, the Lawrence subway station off Yonge Street, with its Bedford Park and Ranleigh Avenue exits, is within reasonable walking distance of all the homes in this neighborhood. There is also regular bus service on Yonge Street, as well as limited service on Avenue Road and Mount Pleasant Road. By car, it is approximately twenty minutes to the downtown core and approximately five minutes to the Yonge Street on-ramp to Highway 401. 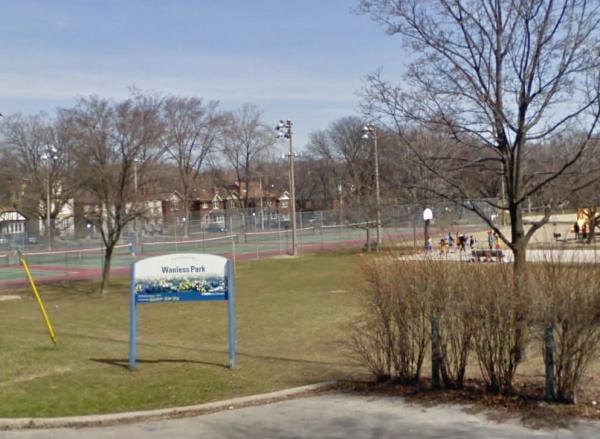 Toronto is routinely in the very top tier of livable cities in the world, ranking 5th (out of 132) in the world in a 2007 EIU report. 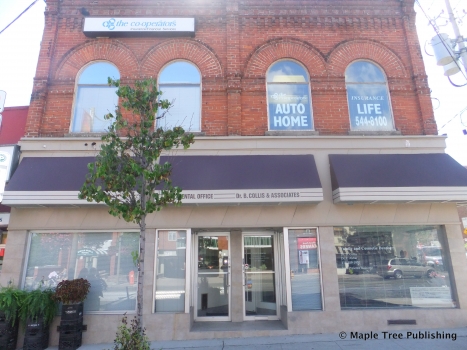