Lytton Park is one of Toronto's most exclusive neighbourhoods. It is home to doctors, lawyers, stockbrokers and corporate executives who value Lytton Park's quiet charm, and its convenient access to transportation corridors leading in and out of the city.

Lytton Park's other assets include beautiful homes on large lots, outstanding recreational facilities, and a close proximity to excellent public and private schools.

Lytton Park was originally known simply as Lot 3 Concession 1 West of Yonge Street, This was a 200 acre farm lot granted to John MacDougall a United Empire Loyalist. In 1828, the Snider family built the first house in the neighbourhood at 744 Duplex Avenue. The original Regency style cottage was expanded over the years and is now Georgian in appearance. It is one of the oldest private residences in Toronto.

Lytton Park’s rich history includes a castle and a horse racing track. The castle known as Glen Castle – sometimes referred to as Ainsley Castle - once stood perched on the hill where Glen Castle Street is now situated. The racetrack was situated near Glengrove Avenue and Yonge Street. It began operations in 1887 and closed just two years later.

In 1886 the Metropolitan Street Railway began a one horse carriage service to what was then the Town of North Toronto which included Lytton Park. Speculating on future land development for the area the railway company purchased the 200 acre Beatty farm creating the Glen Grove Estates subdivision. The first houses in the neighbourhood along Glengrove Avenue were built in the 1890s and early 1900s.

When the Town of North Toronto was annexed by the City of Toronto in 1912 residential development in Lytton Park began to take off. Families flocked to Lytton Park which led to the building of John Ross Robertson Public School in 1921. “JRR” has been a neighbourhood landmark ever since.

The streetscape in this established neighbourhood is graced by a mature tree canopy. This green backdrop shades beautiful brick: Georgian, Colonial, American Foursquare, Victorian and Tudor style homes that were built mostly between 1920 and 1945. Most lots are 40 or 50 feet wide with varying depths. Almost all the houses are detached and most have garages. These houses start at one million dollars and can go as high as four million dollars. 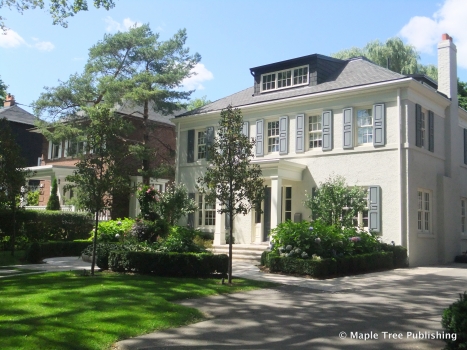 Lytton Park is a pedestrian friendly neighbourhood with excellent convenience to amenities. Popular shops and restaurants abound on Yonge Street and Avenue Road and along Eglinton Avenue which are all within walking distance. Pusateri’s Fine Foods on Avenue Road, and Sporting Life on Yonge Street are destination points. Plenty of coffee shops and boutique independent retailers as well as national brands like The Gap, Roots, and Lululemon are part of the shopping mix.

Lytton Park residents enjoy the annual spring fun fair at John Ross Robertson Public School. JRR parents always look forward to special school events such as lip sync night and winter skating and hot chocolate day at Otter Creek. The JRR playing field is a hub for community activities such as T-ball and softball. Glenview Public School is a popular venue for tobogganing in winter and childrens camps in the summer. The Lawrence Park Collegiate playing fields and running track are used year round by the community. 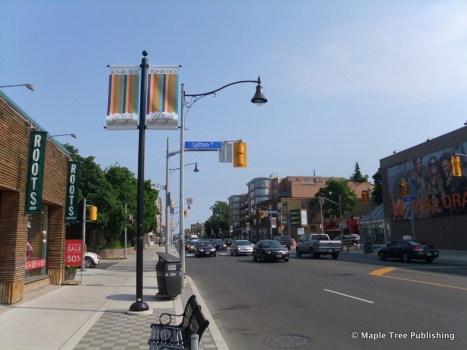 Lytton Park, from which this neighbourhood takes its name, is nestled in a deep valley, hidden by trees, from the roaring traffic of Avenue Road above. This serene park includes three public tennis courts, and is also home to the North Toronto Lawn Bowling Club. Across from Lytton Park is the Herbert Begg Memorial Garden. This picturesque strolling garden was donated to the City by Herbert Begg's daughters as a memorial to their father.

Otter Creek Park located off Rosewell Avenue has a twin outdoor skating rink that is used for skateboarding in the summertime. The public schools adjacent to Otter Creek provide access to a running track, baseball diamond, basketball court and popular tobogganing hills.

Lytton Park residents enjoy the annual spring fun fair at John Ross Robertson Public School. JRR parents always look forward to special school events such as lip sync night and winter skating and hot chocolate day at Otter Creek. The JRR playing field is a hub for community activities such as T-ball and softball. Glenview Public School is a popular venue for tobogganing in winter and childrens camps in the summer. The Lawrence Park Collegiate playing fields and running track are used year round by the community. 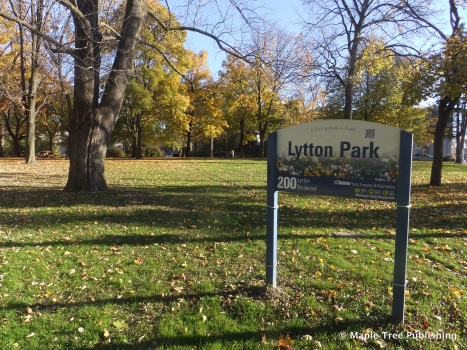 Business executives, stockbrokers, doctors, lawyers, and University of Toronto professors are all attracted to this neighbourhood as it is a very convenient twenty minute commute either by car or public transit to downtown Toronto's financial, business, medical and university districts. Highway 401 is just five minutes north of the neighbourhood connecting you to all parts of greater Toronto.

Both the Eglinton and the Lawrence subway stations, located on Yonge Street, are within walking distance of many Lytton Park houses. Yonge street and Avenue Road both have bus routes that connect to the Yonge subway line.

Motorists can be downtown in fifteen minutes. For commuters heading out of the city by car, the Yonge Street and Avenue Road on-ramps to Highway 401 are approximately five minutes from Lytton Park.

Below is a sample of addresses in this area. If you want a detailed specific similiar list in your area please contact us. Thank You.
Rosewell Ave, Yonge St.