Runnymede is a quiet, family oriented neighbourhood with affordable houses, a good selection of schools, and convenient access to shopping and transportation. Runnymede is nestled between some of Toronto's more affluent neighbourhoods including Baby Point, Bloor West Village and High Park.

The residential tone of this neighbourhood is interrupted only on its northern boundary along the Dundas Street West commercial corridor. To the north of Dundas Street are light industry and the Canadian Pacific Railway tracks.

The Runnymede neighbourhood was developed on the former estate of John Scarlett, who settled in this area in 1808. Scarlett quickly rose to prominence as proprietor of a number of mills along the banks of the Humber River.

In 1838 Scarlett built a rough-cast English cottage-style house named "Runnymede", which was situated at the present day intersection of Dundas and Runnymede Roads. While the Runnymede house is no longer standing, Runnymede high school, Runnymede Hospital, Runnymede Road and many of the local churches are named after this former landmark.

The Charles Goad Atlas map of 1893 shows all the streets in this neighbourhood layed out and named however very few houses were actually built in Runnymede until the early 1900's.

Ed. Note. Wilbert G. Thomas, author of The Legacy of York , provides us with an interesting bit of Runnymede trivia, noting that the Runnymede district held the distinction of having a Canadian Navy warship named after it during World War II.

Runnymede's tree-lined streets are lined with an eclectic mix of houses including grand Victorian mansions on Windermere Avenue at St.Johns Road, English Cottage and Tudor-style houses on Humbercrest Boulevard, pre and post-war bungalows, duplex and triplex dwellings, and a vast array of detached and semi-detached homes.

The reason why there is no discernable building pattern to these houses is due to the fact that they were built in stages from approximately 1890 to 1950. Runnymede houses feature many different types of exteriors including wood, insulbrick, frame siding, stucco, brick and stone. Many Runnymede houses feature gambrel roofs that have a distinctive barn-like appearance. This type of roof was popular in the early 1900's.

Runnymede residents have many shopping options available to them. Jane Street features a good mix of stores including a pharmacy, a local grocer, antique stores, and variety stores. Annette Street is anchored by a large discount store and also features neighbourhood restaurants, hair salons, professional offices, and variety stores. 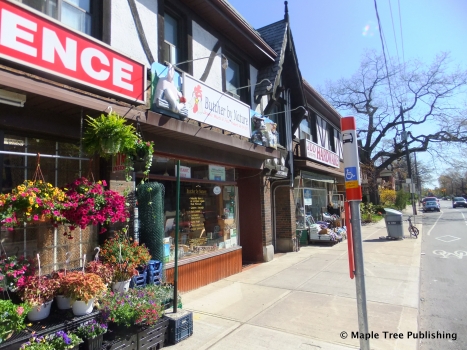 Runnymede residents are within walking distance of Etienne Brl and Home Smith parks, situated alongside the Humber River. These scenic parks include walking, jogging, cycling and cross-country trails as well as fishing and family picnic spots.

Runnymede Park, a medium-sized park just north of the railway tracks off of Cobalt Avenue is a multi-faceted park that features a children's playground, a wading pool, and sports fields. Runnymede Park is also the home of the George Bell Arena which is used extensively by local ice hockey leagues. 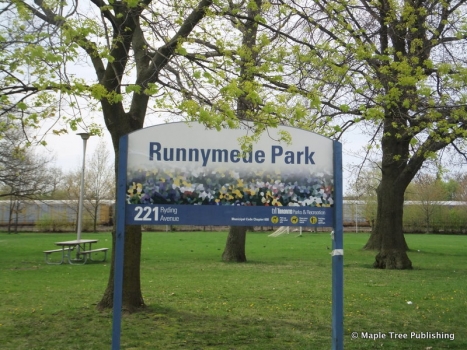 Runnymede residents are well served by public transit. Bus routes on Jane, Annette and Dundas Streets connect to stations on the Bloor-Danforth subway line. The Jane station at Bloor Street is a fifteen to twenty minute walk from most of the houses in this neighbourhood.

Dundas and Bloor Streets are both major east-west arterial roadways that provide motorists with direct access to downtown Toronto in twenty to twenty five minutes. For those travelling outside the city, Black Creek Drive is just five minutes north and links motorists to Toronto's commuter highways.

Below is a sample of addresses in this area. If you want a detailed specific similiar list in your area please contact us. Thank You.​

Below is a sample of addresses in this area. If you want a detailed specific similiar list in your area please contact us. Thank You.​