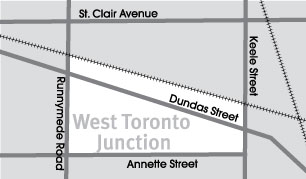 West Toronto Junction has managed to retain its original small town charm and appeal despite it’s prime location in Toronto’s bustling west end. Ironically the same railway tracks that skirt this neighbourhood and were responsible for its growth have seemingly also had the dual impact of sheltering the West Toronto Junction from the widespread gentrification that has taken place in many Toronto neighbourhoods. It is a little bit off the beat and path but well worth discovering.

West Toronto Junction is still affordable and appeals to a wide demographic from young families, to artists to urban professionals. This is as true a neighbourhood as you are likely to find in Toronto. It has a strong sense of pride and history, a beautiful main street shopping district on Dundas Street West, cherished local schools, parks and library, and a diverse population that runs the gamut from gentrification to an edgy urban grittiness. 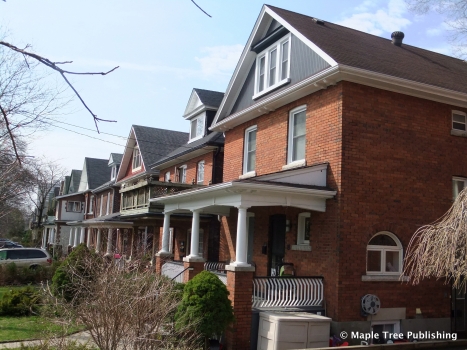 West Toronto Junction began as a railway town in the 1870s. A convergence of railway lines operated nearby and opened stations and rail yards, attracting manufacturers and their employers to the area. Many of the houses closest to Dundas Street housed the labourers and their families that first settled here. Excessive drinking and rowdiness led to a prohibition on alcohol being sold on Dundas Street West that lasted until 2000. 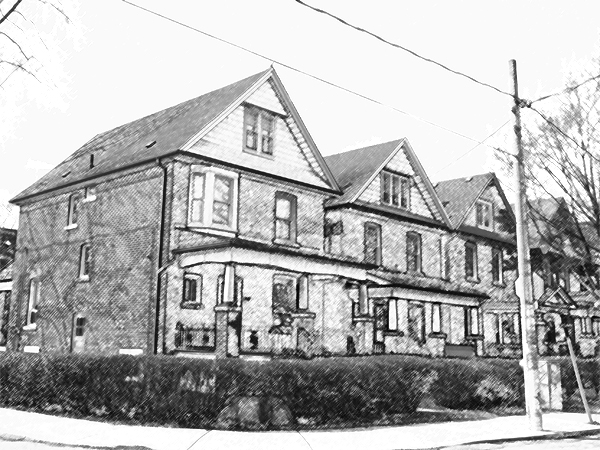 In 1882 an ambitious young lawyer named D.W Clendenan in partnership with his uncle D. J. Laws purchased the Carlton Race Course property (the first running of the Queens Plate was held there in 1860 owned by the Keele family. They then registered the West Toronto Junction plan of subdivision. By 1884 lots were being sold with ads in newspapers beckoning buyers to West Toronto Junction where they would enjoy commanding views of Lake Ontario and High Park. There were 5 miles of streets paved and over 1500 shade trees planted.

By 1888 West Toronto Junction had enough residents to incorporate as a Village and by 1891 a Town with a population of 5,000. Churches, libraries and schools would soon follow. Throughout it’s early history the West Toronto Junction experienced boom and busts cycles. In 1909 the increased demand for more utilities and better roads led the ratepayers to vote in favour of annexation with the City of Toronto.

West Toronto Junction has some of the finest architecture in Toronto. The winding tree-lined streets north of Annette Street feature rich red brick Victorian houses on generous size lots that boast decorative features such as roof top turrets, whimsical front porches and glamorous archways. There are some fine examples of Queen Anne and Arts and Crafts style house in this part of the neighbourhood.

Closer to Dundas Street the houses are Victorian in style but much smaller and much less descriptive. The lots at the north-end of the neighbourhood are also narrower. You will find a that a fair number of the larger houses particularly on the main streets have apartments with two or more units which help pay for the upkeep and property taxes. 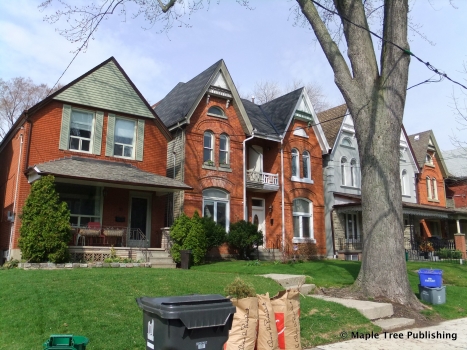 The commercial buildings on Dundas Street West are remarkably beautiful. They provide the perfect backdrop for this shopping destination that has become known for its independent retailers especially for home décor. Stores for children, alternative health options and a plethora of restaurants and bars are also part of the shopping mix. 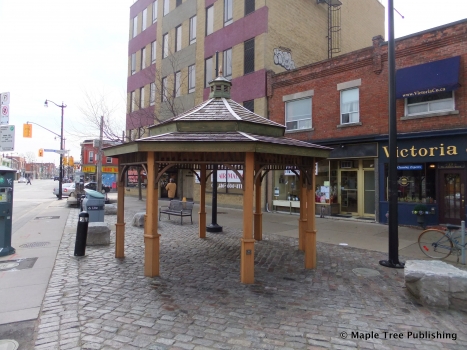 The area around Dundas Street and St.John’s Road is known as Little Malta where several Maltese Canadian businesses operate.

Residents of this neighbourhood are less than one mile from High Park, which contains a myriad of recreational opportunities. There are also four local parks located within this neighbourhood. Their facilities include playgrounds, wading pools and artificial ice rinks. The local YMCA, at Perth and Annette, offers a wide variety of programs for children and seniors.

The Perth Dupont Public Library has programs for preschoolers and children. 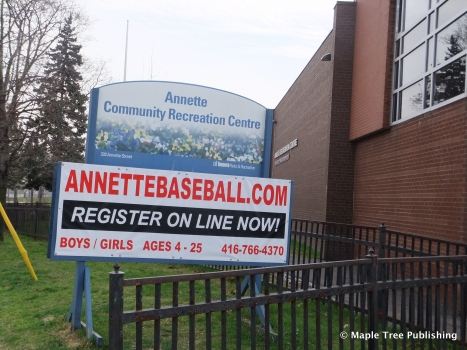 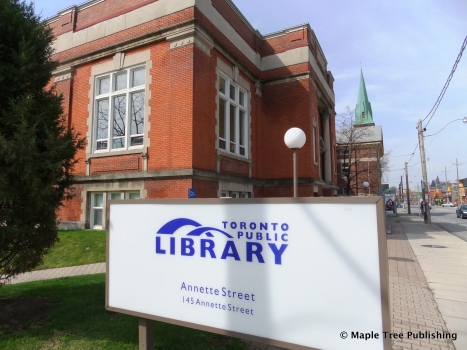 The West Toronto Junction has bus service on Dupont, Dundas and Keele streets as well as on Symington and Lansdowne avenues. The Dupont and Dundas buses connect passengers to the Yonge-University-Spadina subway line, while the Keele, Lansdowne, and Symington buses connect with stations on the Bloor-Danforth subway line.

Motorists can be downtown in approximately 10 minutes by way of either Bloor Street or Dundas Street.

Below is a sample of addresses in this area. If you want a detailed specific similiar list in your area please contact us. Thank You